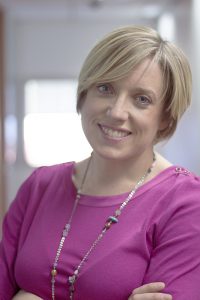 Based on an interview with Janice Byrne and on her article “Role Models and Women Entrepreneurs: Entrepreneurial Superwoman Has Her Say*” (Journal of Small Business Management, 2018), co-written with Salma Fattoum and Maria Cristina Diaz Garcia.

Janice Byrne is Associate Professor of Organisational Behaviour and Human Resource Management at IÉSEG School of Management in Paris. She holds a PhD from EMLYON Business School in France. From 2014-2018, she was academic director of LedByHER – an entrepreneurship education and training programme for women who have experienced violence or extreme personal hardship.

In Europe, there are six women for every 10 male entrepreneurs. This entrepreneurial gender gap is exacerbated as male entrepreneurs dominate the higher earning entrepreneurial sectors – making up most of the business owners in the highly paid construction (98%) and transport industry (94%) and the information and communication sectors (77%). With regards to their female counterparts, IÉSEG professor Janice Byrne notes, “Women entrepreneurs are often confined to lower earning ‘feminine’ sectors such as education, healthcare and home services. They are also more likely to be drawn into entrepreneurship through necessity – often brought about by family circumstances – rather than opportunity.”

The failure of inspirational campaigns

To bridge this gender gap, recent government policies in many regions have tried promoting role model women entrepreneurs to inspire others. Campaigns are designed to put successful women entrepreneurs in the limelight, to combat stereotypes and set an example. So why are we not seeing more women follow in their footsteps?

“Role model women entrepreneurs now receive a lot of press and media attention but they are failing to inspire the next generation,” says professor Janice Byrne.

Byrne and co-workers set out to understand why these government-led commercial campaigns do not seem to inspire the next generation of female entrepreneurs. They examined a campaign led by the “Agence Pour la Création d’Entreprises (APCE).” in France where role model women were encouraged to talk about their business achievements in classrooms and at conferences, debates and workshops. The female entrepreneurs also had dedicated Facebook posts in which they described their entrepreneurial experiences and gave advice for young women. “The role models are telling other women, “I can do this, you can too”,” explains Byrne.